AfterDark’s Dean Hodge speaks to Dan Bettridge, one of this year’s Horizons 2015 artists. 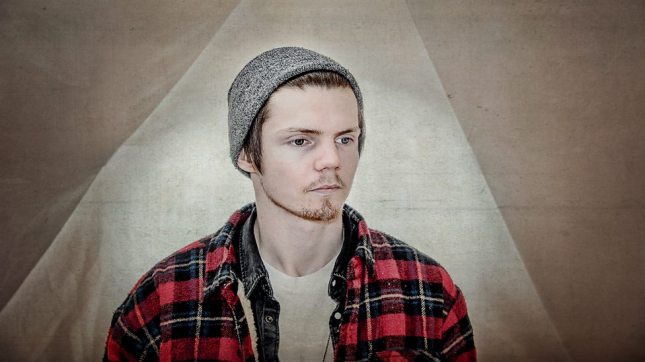 The power of music partly lies in the pure, unabashed escapism it can offer and its ability to transport you to another time and place, regardless of where you are and when. It’s a philosophy that Welsh warbler Dan Bettridge fully embraces.

His husky, bourbon-soaked vocal and raw delivery instantly – the voice of an old soul placed upon young shoulders – sounds like more something born out of a smoky jazz or blues bar in late 60’s or early 70’s deep south America than like anything else today. You can almost feel the warm glow of sunset and the scent of smoke when you listen to his irresistible brand of Americana-infused Celtic soul, delivered with a voice which echoes the spirit of Van Morrison and Otis Redding but refines it within a Welsh lilt. END_OF_DOCUMENT_TOKEN_TO_BE_REPLACED

AfterDark’s Dean Hodge speaks to James Cairns from Cold Committee, one of this year’s Horizons 2015 artists.

As the old saying goes, ‘rock ‘n’ roll will never die’. While the rock genre is quite far from dead, it lately seems to be in a prolonged state of hibernation, lurking in the shadows as a wind of soulless, manufactured-pop blandness sweeps across the musical plain.

Where there is a gust of third-rate Ed Sheeran wannabes or mediocre Arctic Monkeys offshoots, there is always a wave of frustrated young men with guitars to counterbalance it. But while there are plenty new bands making a big noise, it doesn’t seem to be getting heard by the masses.  Rock itself is in a current state of deep freeze, slowly being preserved for when the time arises for it to reignite in the mist.

One of its torch bearers may have just arrived in the form of four North Walian lads who together form Cold Committee. Possessing a love for back-to-basics rock ‘n’ roll in its purest form along with a disdain with the bland scene around them, they have decided to do something about it by picking up instruments, learning a few chords and writing great tunes. END_OF_DOCUMENT_TOKEN_TO_BE_REPLACED 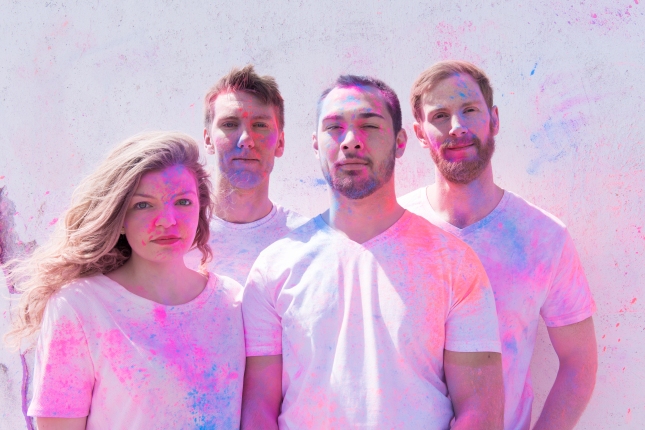 When you think of the music scene in Cornwall, some of the stereotypical type of artists that people can often connote with the scene here is either the husky-voiced, acoustic guitar-wielding singer-songwriter or its plethora of elegantly melodic folk bands.

It’s hard to dispute that Cornwall has these in abundance, and all of them are rather great too. But unless you live here and unless you are immersed enough in its local scene, what is often criminally overlooked is the sheer diversity of artists here.

Then there is the sweetly soulful, pedal-to-the-floor funk-pop of Stone Roots. END_OF_DOCUMENT_TOKEN_TO_BE_REPLACED

AfterDark’s Dean Hodge speaks to Hannah Grace – one of this year’s nominated artists for Horizons 2015. 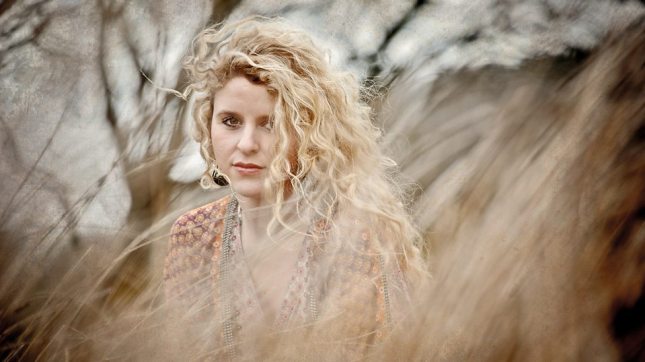 Sometimes the best words that can be said are no words at all, and silence can be the loudest of all. It’s a philosophy of thinking which springs into mind when trying to sum up the music of the aptly named Hannah Grace. Because one listen of her benign, breathtaking voice, instantly takes the words out of your mouth.

It would be a waste of valuable energy to even try to articulate the power of the force that hits you right from the first few notes. You simply just have to feel every ounce of her volcanic vocal and the simmering soulful edge in her sound, exactly what a true ‘soul’ artist should do.

Only someone with as much emotive authenticity as Hannah Grace could write a song about a person calling off a relationship and somehow make you empathise with them as much as the one whose heart is broken. Yet somehow the 21-year-old Bridgend songbird manages to achieve exactly that on the title track of her debut EP Meant To Be Kind – a raw yet refined four-track cut which sounds remarkably accomplished for a debut yet still tinged with a raw, intense energy. END_OF_DOCUMENT_TOKEN_TO_BE_REPLACED 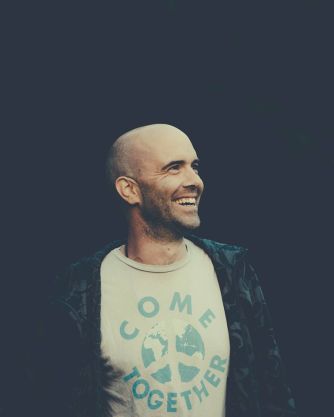 This coming Friday in Cardiff marks the comeback of arguably one of its most revered exports – as 90’s psych-indie kings Super Furry Animals grace the Cardiff University Great Hall on May 1.

With a sell-out crowd awaiting the return of the Welsh rock icons, not an ounce of the huge sense of anticipation is lost over SFA member/synth maestro Cian Ciarán. Yet he shrugs off any nerves in his imitable laid-back, unassuming manner.

As if returning to duties as the synth wizard of SFA for their first UK tour in six years wasn’t enough to keep him busy, he has many other things to keep him occupied – he is currently touring with his new band Zefur Wolves (with his partner Estelle Ios among the line-up) in promotion of their self-titled debut album released earlier this month, and a solo album coinciding with the general election is set for release this summer. END_OF_DOCUMENT_TOKEN_TO_BE_REPLACED

This is the time of year where the majority of people begin unveiling the annual ‘new year, new me’ statuses which are practically inescapable on my news feed, and most I know are probably once again setting out resolutions which are perhaps slightly unrealistic and end up being abandoned by the first week of January. I have to admit to probably being one of them in the past and setting out goals I can never achieve, which is why I have stopped bothering with them in recent years.

However, 2014 has been different for me. At the start of the year, I was still a university student and my only wish, more than anything, was to graduate with the best possible grade. That is probably a slightly meagre resolution to make, but graduating with a university degree seemed for me unrealistic in itself so many years ago due to having a form of autism called Asperger’s Syndrome. The thought of me even getting into university was, just a few years ago, a source of humour perhaps. It was the general assumption I would fail to get into university by my former school and many other people that drove me on to prove them wrong, and I like to think I finally have. Most of the things I set myself out to achieve this year I have mostly succeeded in doing, including the proud achievement of graduating with a degree. On top of that, I feel I have gained a newfound confidence which I have lacked in everything for so many years and which has held me back, but not anymore. With that, I go into 2015 with new goals and milestones I want to accomplish, and plenty of renewed positivity and confidence that I can do exactly that. END_OF_DOCUMENT_TOKEN_TO_BE_REPLACED 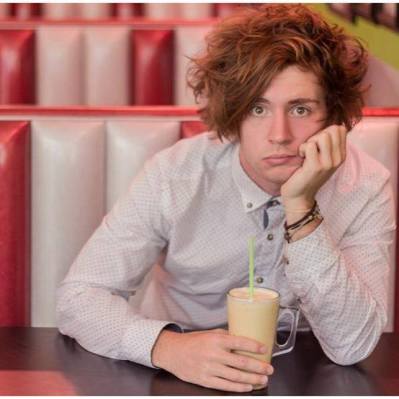 The male acoustic guitar-wielding singer-songwriter has practically become an entire genre in itself and effectively a whole sub-industry, thanks to the success of artists such as this year’s official soundtrack to summer Ed Sheeran (currently enjoying an unbroken eight-week run at number one in the album chart), Ben Howard, Paolo Nutini and George Ezra.

Cornwall’s own recent contribution to this growing wave is Redruth-based Ben Thorpe who introduces his debut album ‘Illuminations’ to the world at a time when the male singer-songwriter is arguably at its peak. With so many other similar artists, it is a task to distinguish the truly great from the truly average and the defiantly unique from the defiantly homogenous. Thankfully, Ben manages to both emulate his influences and peers, and refine his sound into one that singles him out from the rest of the pack.

The debut album by Ben Thorpe is packed with hooks and bags of attitude in equal measure. The combination of yearning, angst-ridden lyrics with sun-soaked upbeat melodies result in a collection of songs that simultaneously float like a butterfly and sting like a bee.

His vocals throughout fall somewhere between the sneer and snarl of Arctic Monkey’ Alex Turner and The Strokes’ Julian Casablancas, and the whisky-soaked gravelly tone of Paolo Nutini. Certainly, there are infleunces of each on the blissful indie-pop of album opener The Thump, which sounds like what the result would be if Nutini did a cover of a Strokes tune, as does the funky blues of The Quartet. Division mimics a stripper-back Monkeys track without the heavy guitars but swagger still kept intact. Built on Ben’s tender vocal and a delicate string-plucking melody, the track briefly builds from its quietly yearning vibe into a choir of voices that promise a big finish, only to fall back onto a whimper.

On Down by the Valley, he blends a Jeff Buckley-inspired morose vocal turn with the retro twang of Miles Kane, while Pretty Little Colours sounds like Tom Odell with a guitar in place of a piano. It’s Chemical is arguably the poppiest song on the record, with angsty lyrics welded onto an infectiously upbeat melody and energetic beat. The driving title track closes the album. Where the album opened on the most graceful of touches, Illuminations closes with a sucker-punch acoustic guitar hook.

Overall, a solid debut offering from an artist with a lot of promise, who imitates all his obvious influences without sounding like a clone copy, and dresses it all in his own distinctive style that marks him as a real contender for the elite of Ed Sheeran-era guitar-bearing male artists.

‘Illuminations’ will be released next month. You can catch Ben Thorpe supporting LightKnife at the following venues/dates:

Dean Hodge
Create a free website or blog at WordPress.com.